Are you fascinated by martial arts?

What if I told you that by using martial arts, you could defend yourself against anyone bigger, stronger and heavier than you?
At our premier martial arts studios and Ottawa boxing gyms, we teach concepts and self defense techniques that will help you overcome your opponent no matter the circumstance.

Brazilian Jiu jitsu (also known as BJJ for short), is a martial art and combat sport which focuses on various techniques that will help you take down any opponent you could face. Founded by the Gracie family, the techniques taught are focused on grappling and ground fighting.

Brazilian jiu jitsu was created using various fundamentals from the merging of Kodokan Judo and Japanese jujitsu. It came to be its own martial art through experiments, practices, and adaptation of judo. It really is a combat sport at its core and has been studied by many mixed martial arts fighters like Kron Gracie and Ryan Hall. Judo separated from older systems of Japanese jujutsu passing on to Brazilian jiu jitsu not solely a martial art but a sport; a method for promoting physical fitness and building character in young people; and, ultimately, a way (Do) of life.

Since Brazilian Jiu jitsu (BJJ) is a martial art combat sport, you’ll learn various techniques that will help you gain leverage against your adversary. A fundamental of BJJ is the concept that any smaller and weaker person can overcome a larger opponent by simply using proper techniques. Its super empowering.
Along with the basics of martial arts that you will learn in class, we will take the time in teaching BJJ specific techniques such as: grappling, ground fighting, joint-locks and chokeholds. Everything you need to take down your assailant or step up your MMA game! These will be taught in environments that will even allow you to spar against other participants if you wish in the class.

The benefits of Brazilian Jiu Jitsu and martial arts training

Did you know there are many benefits to combat fitness physical activity and BJJ in specific? Find them out by reading the list below: 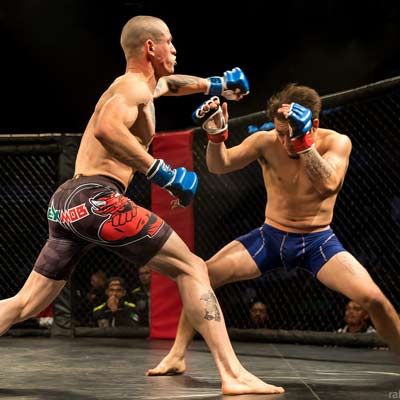